A Modest Proposal for My Native Land

As a child in Scotland I am quite sure I thought of myself as a Scot first and as British second.  As a child I would have relished the thought of an independent Scotland.  But as an adult who has spend the last 52 years in Canada, things are not nearly so clear. 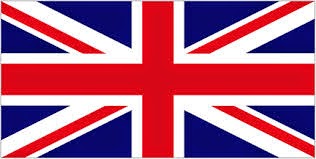 The prospect of Scottish independence is certainly a case of the head and the heart pulling in different directions.  The heart says:  "Aye."  The head says:  "Ca' canny!"

This is how the lead-up to the referendum vote has gone.  The SNP beguiles Scottish hearts with dreams of a free Scotland unyoked from the hated -- or at least much resented -- English, a Scotland in which oil money will pay for a gloriously green and increasingly socialist -- or at least social democratic -- future.  The UK government speaks to the pragmatic streak in Scots: there are many unknowns ahead for an independent Scotland, and don't count on us making things quite as easy as the SNP pretends. 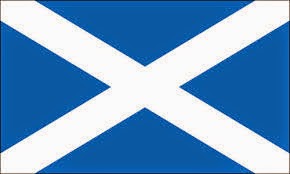 We Scots have always had within us a strong streak of romantic patriotism alongside our vaunted practicality.  But which will prevail in September?

According to the polls it looks as if it will be a "No" victory, but it may be too close for that victory to be decisive.  Much will depend on the turnout of Scots who either don't usually vote (the poor and disaffected) or those who can't usually vote (those who are 16 and 17 years old).  My guess is that both of those cohorts will vote "Yes" for independence, and it wouldn't astonish me if they carry the day. 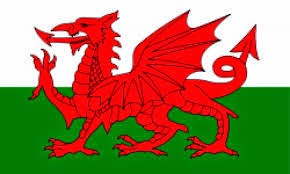 If there is a close "No" verdict then the Scottish independence issue will not go away; its proponents will simply await the arrival of "winning conditions," as diehard Quebec separatists continue to do.

I would like to suggest an alternative, though, and it is one inspired by the Canadian experience:  Federalism.  At the moment the UK is made up of four countries bound together in a unitary state.  England has 83 per cent of the population, and Scotland, Wales and Northern Ireland together have the other 17 per cent.  Scotland's share is about 8 cent of the overall population, even though it is the second largest country in the UK.  The 2011 numbers were 53 million for England and 5 for Scotland.  Wales and Northern Ireland have 3 and 2 million respectively. 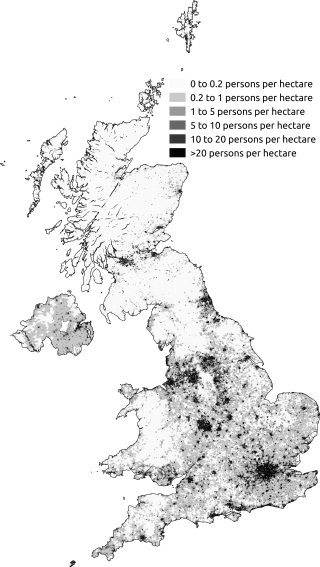 In Canadian terms, from a population perspective, it is as if Canada were comprised of Ontario plus New Brunswick, Nova Scotia and Newfoundland.  What kind of federation would that be? Obviously a highly unbalanced one from the point of view of numbers and presumably influence.

Before getting deeper into that question let's look more closely at how the UK is governed today.  There is the UK Parliament that makes laws for everyone, and then there are legislative bodies in Scotland, Wales and Ireland that make certain laws for their residents under a legislated devolution of power.  Each devolved legislature has a different set of powers.

Put into a Canadian context, this would mean that in our hypothetical four-province Canada the three small Provinces are more like our Yukon, the NWT or Nunavut, exercising certain powers at the pleasure of the centre.  Meanwhile Ontario (i.e. England) with the vast majority of the population and a large percentage of the territory, has no devolved legislature of its own but dominates the central Parliament. 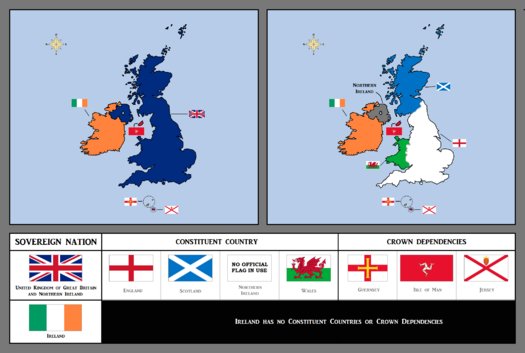 In this arrangement, oddly enough, it may be the English who are perhaps most disadvantaged. With 83 per cent of the population of the United Kingdom, England has no legislative body devoted to purely English concerns or interests, an anomaly that has become known as the "West Lothian Question."  Meanwhile, Scotland, Wales and Northern Ireland have limited legislatures, but with respect to matters that have not been devolved, their residents have to live within the rules established by a Parliament overwhelmingly English in its composition.

Would it not make more sense to decide what powers should be exercised by the central Parliament, and to give constitutionally defined authority to the legislatures of each component country, including England?  This would require the development of a modern written constitution setting out the authority of each of two levels of government.

The relative strength of the central government and the English, Scottish, Welsh and Northern Irish governments could be negotiated to express the histories, cultures, aspirations and local conditions of each component of the federation.

Federations are not uncommon and there is no shortage of examples to study:  in addition to the Commonwealth countries of Canada and Australia (formed from assemblages of former British colonies and with a Westminster form of government), think of the United States, Germany, Switzerland, Mexico, Brazil, Russia, and so on.

It would be healthy for the United Kingdom as a whole to consider what kind of constitution might best serve its citizens in the modern age.  I really don't know why no-one in the UK seems to be talking about this.

In a federation, the Scots could have the power to be more Scottish, the English more English, and so on.  And at the same time these countries that are tied together by so much history, as well as their geography, can devise a fresh and relevant relationship within the bounds of a single state.

If the upcoming referendum rejects independence but can be interpreted as a desire for constitutional change, I hope that this is an option that the people of Scotland and of course the rest of the United Kingdom consider.  We Canadians (and other former colonies in the US and Australia) could offer much advice on what does and doesn't work well in a federation.

Frankly, it is long overdue for the United Kingdom of Great Britain and Northern Ireland to have a modern constitution instead of a mishmash of devolved powers and no written code of fundamental rights and freedoms for all its citizens.  The preamble of the Constitution Act, 1867 says:

Whereas the Provinces of Canada, Nova Scotia, and New Brunswick have expressed their Desire to be federally united into One Dominion under the Crown of the United Kingdom of Great Britain and Ireland, with a Constitution similar in Principle to that of the United Kingdom...

Maybe we can give something back and provide a useful precedent to the United Kingdom.  Maybe our experiment in federalism can inspire a new British constitution that can reconcile the unwritten principles of British constitutional law with a structure in which each of the component countries can flourish as proud nations.
Posted by Alan Pratt at 10:51 PM