The hours are ticking down on another year.

On this last day of 2015 I received two reminders of mortality. The first was a medical diagnosis that, while not overly serious in itself, may explain my lack of energy and vigour during the past weeks.   The second was an unexpected letter in the mail from a friend, a legal colleague of about my own age, informing me that she is winding down her practice for a personal medical reason.

My older brother (by five years) had a stroke this year.   The signs are certainly mounting that my life is entering a stage where, as the old maps used say, "There be dragons."

This is neither a sudden nor even a new realization on my part, but I have to say that my age has really been only a number for me and that I have come to believe that I would always beat the odds. But you know, I have no reason to think that I am exempt from the rules.

I will turn 65 halfway through 2016, a number that once represented both retirement and dotage.   Well, in my case it will not represent retirement and it had better not amount to dotage either, because I need my wits about me to make my living.

My work continues to be challenging, in equal parts rewarding and frustrating. The best and worst parts of my work continue to involve travel. The traveling part can be the best when I visit the communities I serve and reconnect with the ultimate purpose of the work that I do. It is worst when I am far from home, exhausted and sick and feeling that the work is futile.   I had trips of both kinds this year.   I find I am less tolerant of wasting my time than I once was. As someone who is paid by the hour, I used to be able to accept a fruitless meeting with the consolation that I was at least being paid for being frustrated. Increasingly, though, I have the sense that my inventory of billable hours is diminishing and that the fee that I charge for each one is just not enough when that hour is squandered.

So, what do I make of the world as 2015 winds down? Well, there are reasons for hope. The federal election in Canada has given us a government that seems to be open, honest and inclusive. This is in stark contrast to the government we have had for the past nine years, which began by promising transparency and honesty and ended up being inward looking, fear ridden and contemptuous of the democratic rights and ultimately the intelligence of us Canadians.  The new government is promising reconciliation with Aboriginal people, and since this is the very essence of my professional work, things are certainly looking up on that front.

In addition, we seem to have the makings of an international agreement to limit climate change, although there seems to be an enormous disparity between the aspirational part of the agreement and the efficacy of the steps that have been agreed. Anyway, it is a start and far better than nothing. 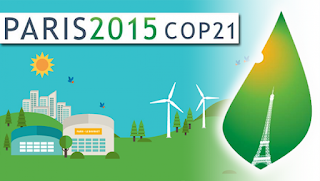 I am troubled by what is happening in the United States. In this phase of their perpetual election cycle, Republican candidates are increasingly reflecting the worst of that country's populism, pandering to the gun lobby, the fear ridden, the xenophobic and anything progressive.

Around the world, I see a struggle to bring into being a new world economy that will be clean and not based on combusting carbon. I see a struggle also between authoritarian leaders and their people in places like Syria and I also see the promise of democracy souring even as democracy is achieved in places like Egypt.   I see fundamentalism, especially fundamental Islamism, on the rise. I see ugly variations of fundamental Christianity giving rise to racist movements in Scandinavia. The religious right in the United States continues to promote an anti-scientific and deeply ignorant approach to the world that is very troubling to me.

How will it all end up?   I really don't know. I can see before us two paths. One path will lead to a future world of genuine peace, based on clean and green energy and true democratic world governance.   The other will lead to intensifying local conflicts over resources, the displacement of hundreds of millions of climate refugees and the collapse of the world as we know it into utter chaos, and of course the prospect that somebody in Russia, North Korea or Pakistan will unleash nuclear war.

More than ever, I believe that this generation is when we will be judged as a species. We have taken control of the world, beginning thousands of years ago when we began domesticating plants and animals for our own ends.   We have unlocked knowledge and put it to our own use and in doing so we have created living conditions of unparalleled comfort and wealth. We have probed our universe and acquired an understanding of the fundamental particles that make up everything. This has been our purpose: to understand, and then to master nature.

As every comic book superhero is advised at some stage, however, with great power comes great responsibility. I can't help feeling that we are an adolescent species, governed by our hungers, our passions and our lusts. We are not wise. We are governed by fear.

I can remember the dawning of the 21st century and the astounding hope we all felt as that new year was celebrated and as we realize that the Y2K computer "bug" amounted to nothing. It was 16 years ago and many of us were facing the immediacy of the collapse of the information systems on which our well-being rely.

I also remember the day that Barack Obama was sworn in as the first African-American President of the most powerful country in the world amid what seemed to be boundless joy and optimism for the future.

I have to believe that we have it in us not only to hope but to act in the service of that hope to bring into being a future of prosperity and peace.

As for me, it is obviously time for me to turn my aspirations into actions as well, which means that I must begin by losing the ridiculous amount of excess weight that I have accumulated.   Today, I can blame a certain amount of my lassitude on a bacterial infection, but it is also time to get rid of a more insidious infection of my soul. Increasingly I have been feeling sorry for myself and finding excuses for not doing the things I know I should be doing. By this I mean not only failing to complete the books I am planning but also by failing to live as if  each moment might be my last, or indeed it might be the moment when something great happens to make a better future.

Every year at this time I make a vow to be better. This involves setting a target for weight loss, a deadline for the completion of a manuscript and the less measurable undertakings to be a better husband and a better father.

This year is no different. But what I think I know better this year is that the years I have to work with are dwindling, and my own personal challenge is really the challenge that I see facing all of us. Am I going to continue to live the way I am and let the future happen to me, or am I going to take a more active role in my life, informed by everything that I have learned, including the unalterable fact that I am running out of years?

My dearest better half, in her own wonderful way, has been trying everything to make me see that this is all up to me, that something must change in myself or I will continue to drift through life. I have been pushing back simply because I don't like being told what to do, just like an adolescent. So I have to do it for myself.  Thank you, my darling, for always believing in me and wanting to wake me up from my slumbers.

My dearest son is entering the most important phase of his young life as he contemplates University. He will be leaving us and I hope that all the love and support and perspective we have given him will equip him for his journey through his own life.   There is an excellent chance that he will live through this entire century, and I wonder what he will witness, and indeed what events he might affect.  I don't want to add to your burdens, my son, but I know that you are a special person and that you must believe in yourself and your ability to make a difference in the world.

As for me, on a professional front I have various pieces of unfinished business to wrap up.  I have a novel to complete, and perhaps a couple of other books that I hope will leave something behind as a kind of legacy.

Happy New Year to all of us!  Let it be a good one.